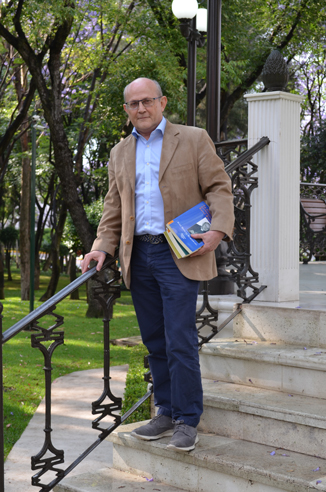 An introduction to personalism

An introduction to personalism

SINOPSIS: Much has been written about the great personalist philosophers of the 20th century – including Jacques Maritain and Emmanuel Mournier, Martin Buber and Emmanuel Levinas, Dietrich von Hildebrand and Edith Stein, Max Scheler and Karol Wojtyla (later Pope John Paul II) – but few books cover the personalist movement as a whole. An Introduction to Personalism fills that gap.

Juan Manuel Burgos shows the reader how personalist philosophy was born in response to the tragedies of two World Wars, the Great Depression, and the totalitarian regimes of the 1930s. Through a revitalization of the concept of the person, an array of thinkers developed a philosophy both rooted in the best of the intellectual tradition and capable of dialoguing with contemporary concerns.

Burgos then delves into the ideas of more than twenty thinkers who have contributed to the growth of personalism, including Romano Guardini, Gabriel Marcel, Xavier Zubiri, and Michael Polanyi. Burgos’s encyclopedic knowledge of the movement allows for a concise and well-rounded perspective on each of the personalists studied.

An Introduction to Personalism concludes with a synthesis of personalist thought, bringing together the brightest insights of each personalist philosopher into an organic whole. Burgos argues that personalism is not an eclectic hodge-podge, but a full-fledged school of philosophy, and gives a dynamic and rigorous exposition of the key features of the personalist position.

Our times are marked by numerous and often contradictory ideas about the human person. An Introduction to Personalism presents an engaging anthropological vision capable of taking the lead in the debate about the meaning of human existence and of winning hearts and minds for the cause of the dignity of every person in the 21st century and beyond.